The Japanese Sari Ohhara has been crowned on the day today world champion in El Frontón, Gáldar, after obtaining the necessary points within the framework of the Gran Canaria Frontón King Pro 2019 to reach the title of the APB World Tour circuit. Ohhara came with first place in his hands to El Frontón, Gáldar, where he has become world champion for the first time and has received his trophy between applause and visibly excited.

The new female world champion, Sari Ohhara, who has taken the trophy after falling her rival in points, Ayaka Suzuki, in Galician waters, declared herself “very happy”, and assured that “I had never felt this way”, since “I have worked hard to get here” and this title is “a dream”. Ohhara confessed not yet believe it and be “very excited.” 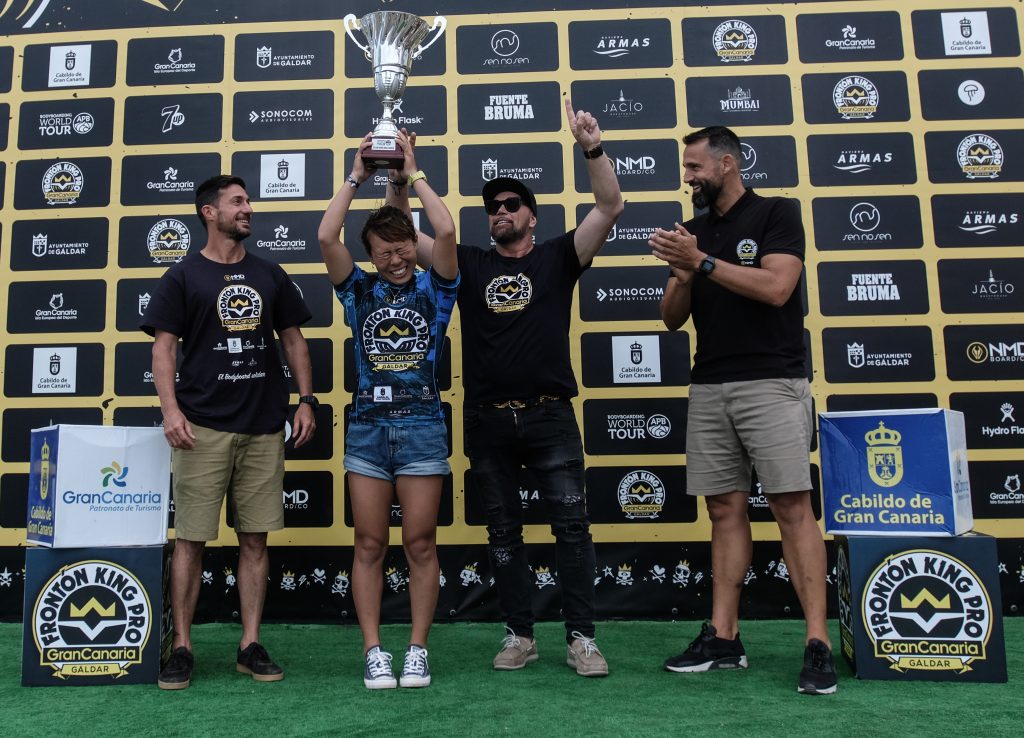 In the quarterfinals, the world title to number two in the world rankings, the Japanese Ayaka Suzuki, escaped in a tight sleeve with the four-time world champion, the Brazilian Isabela Sousa. The Rio Rider surpassed the Asian, raising expectations in El Frontón and closing the semifinal classification. Also adjusted was the duel between the Chilean semifinalist Paloma Freyggang, who obtained his place by beating the Portuguese Joana Shenker with just half a point of difference.

The first of the surprises of the day came from the hand of Alexandra Rinder, who has managed to eliminate the world champion, Sari Ohhara, from the event. The resident in Gran Canaria and a great connoisseur of the Galician wave showed that veterancy is a degree on her way to the title of Queen of the Frontón. Rinder has played a great role in the quarterfinals, dominating an intractable wave that he fought with the best maneuvers, which gave him the pass to the semifinals with the highest score in the category, 12 points.


The current Queen of the Frontón King, Teresa Miranda, strengthened her way to the semifinals eliminating the veteran of the bodyboard, the Brazilian Neymara Carvalho, one of the riders with more national and world titles. Carvalho had no choice against a very strong Teresa Miranda, who in two waves managed to overcome her rival with perfect tubes.

Miranda said that, although he started the sleeve “nervous” found “a good tube after which I relaxed and went for a second wave very fast.” For the Queen of El Frontón 2018, the psychic descent of her rival Neymara Carvalho has helped her to establish herself in the classification, in which she entered with a maneuver in her second wave. He hopes “to reach the final and win”, in a duel in which he hopes to be accompanied by Alexandra Rinder again for “revenge” that would guarantee that “the title is in the hands of Canarian riders”.

Rinder has also assured that he expects to face the local Teresa Miranda in the final, because he is a great rival. This championship “is very important to me,” he said, and “I am very happy to be in the semifinals.” As he said, “I feel strong and want to take the title home.”

After two days of rest waiting for the optimal conditions for the competition, the Gran Canaria Frontón King Pro 2019 has been reactivated in the best way, with a frantic day and full of emotion with the quarterfinals of the women’s category and the round number two of trials, a previous phase in which 64 riders fight for one of the eight seats available in the main event. 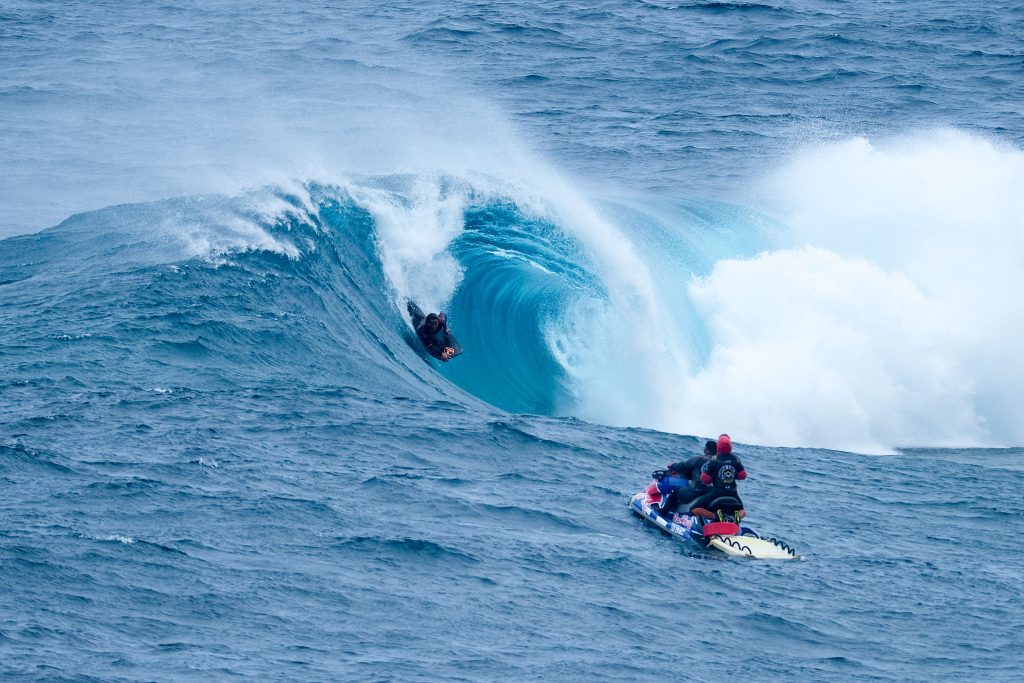 In this previous phase the local competitors have taken the lead, comfortable and confident in this powerful wave of Gáldar with maneuvers that have dominated their rivals on the Galician coast. The show was installed in the manga starring the great performance of the local Lionel Medina, which with a score of 12.17 risked from the first wave leaving the attendees open-mouthed with their flights on the ridges, perfect tubes and air infarction.

The former champion of Spain, Ramón Pérez also stood out in the wave of El Frontón in the second of the rounds of the day today, which he faced with Noah Freider in a very competitive manga between them. The local Kevin Orihuela, who not only competes in the world circuit but also in the European circuit, has shown that he arrives in his best form at the Gran Canaria Frontón King Pro 2019, with a score of 11.67 and the best performance of his manga. In the same way, the show has been planted by the Canary Alejandro Barbosa, a regular at the wave of El Frontón, who has demonstrated his mastery of this Grancanarian enclave with a score of 12.5. Barbosa, who is not afraid of the power and size of this wave, has taken advantage of his knowledge of the area to make a great performance, like his manga rival Guillermo Cobo, which has been launched twice today and has exceeded its performance in both manga with imposing maneuvers.

Screams and applause broke in the stands with the skill of Javier Domínguez, who in manga number two of the third round has closed not only the best score of the round with a 13.5 but has also starred in the best maneuver of the day, an airborne heart attack that has put up bodyboard lovers who enjoyed the sports show. Davis Blackwell, Yon Aimar, Mark Crilley, Robin Lgeors, David Alemida Miguel Rodriguez, Yvon Martínez, among others, have also stood out as leaders in their duels. Armide Soliveres, 2018 junior champion, fell in the third round, who has not had the luck on his side today, with no options to reach his place in the Gran Canaria Frontón King Pro 2019.
0