Finished round 3 and round 4 with amazing waves

The Gran Canaria Frontón Pro 2017 resumed the competition to celebrate the round of 16 and thus begin the final phase. The organization along with the APB World Tour decided last Thursday to postpone the competition in anticipation of better weather conditions. With a size of waves that surpassed the 4 meters and with south wind they made that the Frontón returned to show its better version for these definitive rounds.
The rounds corresponding to the round of 16 would consist of a total of 24 competitors who looked for the step to the quarterfinals. Round number 3 would develop with hand-to-hand clashes, ie only 2 competitors in the water and 20 minutes total time. A maximum of 10 waves scoring only the 2 best, the favorites to be crowned “king” of the Gran Canaria Fronton King Pro 2017 began the quarterfinals. It is important to note that all the riders who choose to win the World Championship remain all in competition so that the fight and the excitement was guaranteed.
Jared Houston, Alex Uranga, Uri Valadao, Antonio Cardoso and Diego Cabrera kept all their options to the world runner-up. Each of them clearly surpassed all their heads-up clashes in round 3. However, in the round of round 4 of the last 16, the first of the favorites to fall was the Brazilian Uri Valadao who was outclassed by Jared Houston and the Basque Alex Uranga. In only 10 of the day went to Dudu Pedra, a huge tube and an ars earned the Brazilian to get a perfect wave. Pierre Louis Costes and Australia’s Ryan Hardy also outperformed their legs and moved to the quarter-finals. In the last round of the day the Tenerife Diego Cabrera managed to pass to quarters to continue fighting for the world runner-up. In this last sleeve Amaury Lavernhe would get the first place leaving out of the fight for the number 2 of the ranking to the Portuguese Antonio Cardoso.
The highest scores of the day were for the Hawaiian Jacob Romero with a score of 9.83, with a maneuver (air reverse) that raised of its seats to the attending public. Frenchman Pierre Louis Costes world champion APB 2016 got the second highest score of the day with a 9.60. 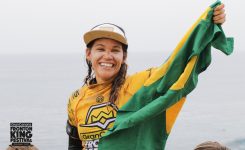 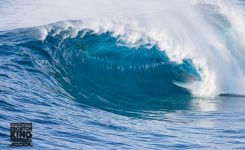 Today the GRAND FINAL of The Gran Canaria Fro... 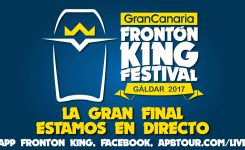 We are starting with the last day of the even... 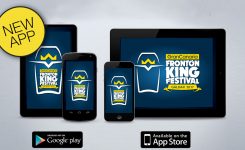 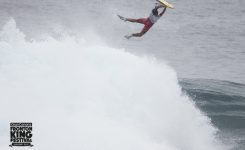 We are LIVE day 4

The competition is on hold until Monday, Octo...